Ekaterina Valiulina was born in Siberia (Tumen) in 1989.
Since her very early days, she manifested a strong interest in music. Although she didn't come from a family of musicians and the small town she grew up in had few opportunities of learning music, at the age of five she finally fulfilled her dream of learning to play the violin. At the end of her schooling years in the class of famous teacher Eduard Grach at the Moscow Conservatory she was noticed by the world known violinist Sergej Krylov, who helped Ekaterina to start her career and taught her since 2014 at the Conservatorio della Svizzera Italiana in Lugano, were she was selected in a master of specialized performance program. She is also the prize winner of several international competitions in Italy (Lipizer), Croatia (Vaclav Huml), Russia (Yampolsky), Germany, Romania, and Kazakhstan. Ekaterina Valiulina has been invited to give concerts as a soloist in prestigious halls, such as the Tchaikovsky Philharmonic Concert Hall and the Great Hall of the Conservatory in Moscow, the Conservatory Hall of Zagreb, the Auditorium Giovanni Arvedi - Museo del violino in Cremona, at the LAC – Lugano Arte e Cultura and at the Auditorio della Radio Svizzera Italiana, at the Opera in Reims, the Palazzo Tursi of Genova, and also in many festivals ("Ceresio Estate" in Switzerland, "Unione Musicale" in Turin, International Chamber Music Festival in Rome, International Chamber Music Festival in Elba, Jeunes Talents in Paris, among others).

She has been performing with musicians and conductors such as Shlomo Mintz, Tony Walters, Sergey Krylov, Alexandr Vedernikov, Nicolas Krauze, Constantin Adrian Grigore, Danilo Rossi, Alexandar Madzar, Ingmar Lazar, Yuval Gotlibovich, Andrea Raffanini and with orchestras such as the National Philarmonic of Russia, the Orchestra Sinfonica di Vigevano, the Sibiu State Simphony Orchestra, the Orchestra of Radio and Television of Croatia, the Lithuanian Chamber Orchestra, the Silesian Chamber Orchestra and the Orchestra della Svizzera Italiana. In 2015 she recorded the DVD "The Golden Twenties of the Violin" with works by Ravel, Ysaye, and Stravinsky. Recently she played at the Radio France Musique with pianist Ingmar Lazar and won the International Harp Contest (Saluzzo, Italy) in the chamber music group with harpist Elisa Netzer, with whom she made a debut in LAC -Lugano Concert Hall and was invited to play concerts in many festivals in Italy and Switzerland. She recently also appeared in the documentary produced by RSI - Swiss Italian television, "Il futuro della memoria", performing in a concert in Cremona on the violin "Vesuvio" by Antonio Stradivari. After a concert in Geneva, her performance has been described as "driven by the pure essence of music and delivered with extreme precision and subtle understanding of the musical works" (L'Abri). Through her music she has the ability to transport the audience in a collective experience in which space and time no longer exist and where only music remains.

A. Schnittke
"A Paganini"

L. v Beethoven
Sonata no.1 in A Major
Sonata no.5 in F Major "Spring"
Sonata no.8 in G Major

G. Enescu
Sonata no.2 in F Major
Sonata no.3 in A minor

G. Faure
Sonata in A Major

C. Franck
Sonata in A Major

A. Schnittke
Sonata no.1 in C Major

H.Wieniawski
"Variations on an original Theme" in A Major
"Faust" Fantasy
"Scherzo-Tarrantela"

B. Bartok
Concerto no. 2

D. Shostakovich
Concerto no.1 in A minor

A. Vivaldi
"The four Seasons"

A. Glazunov
Concerto A minor

I. Stravinsky
Concerto in D Major 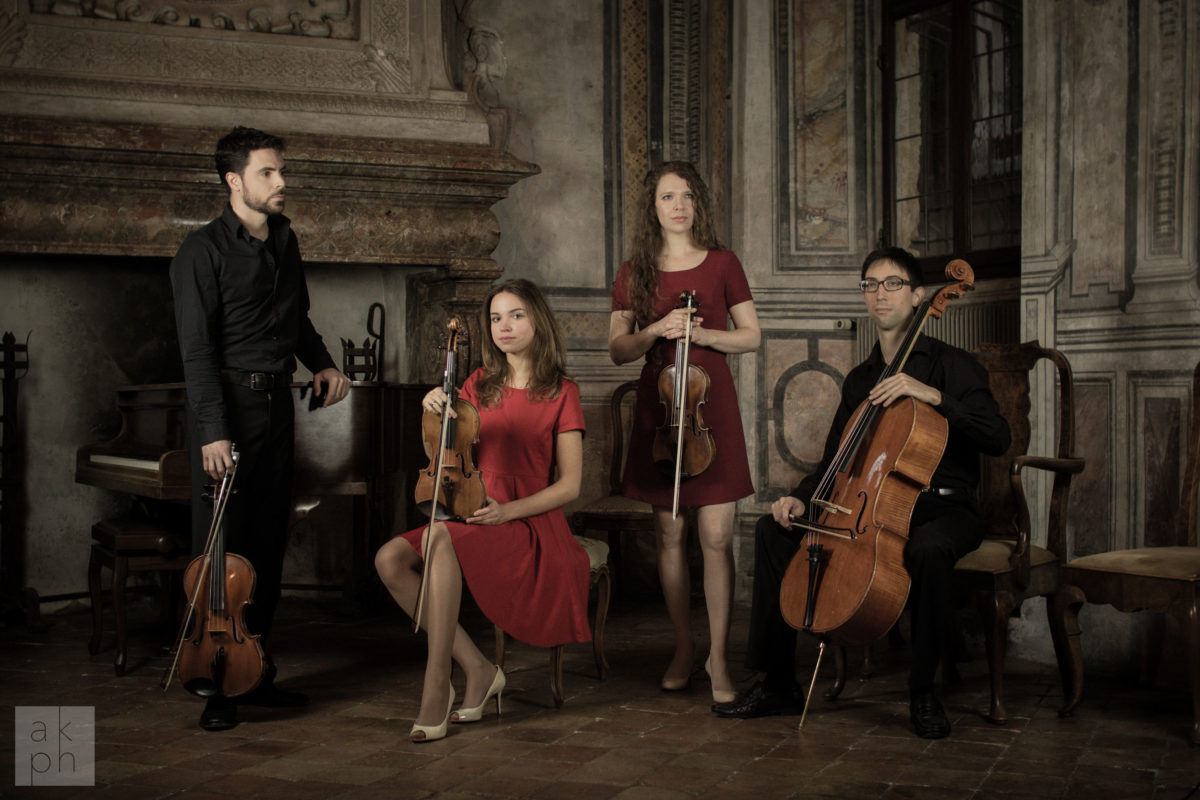 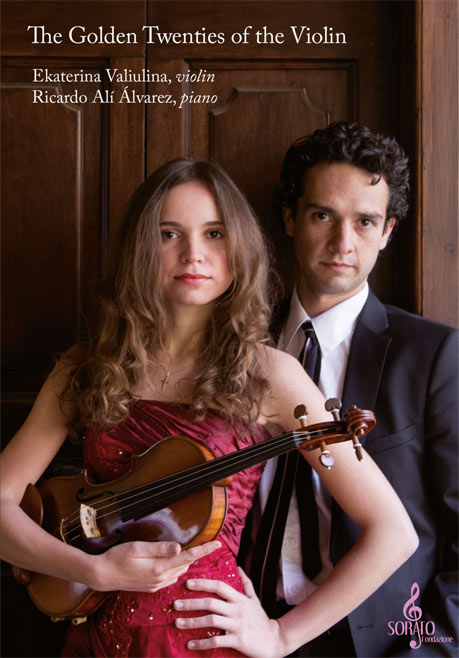 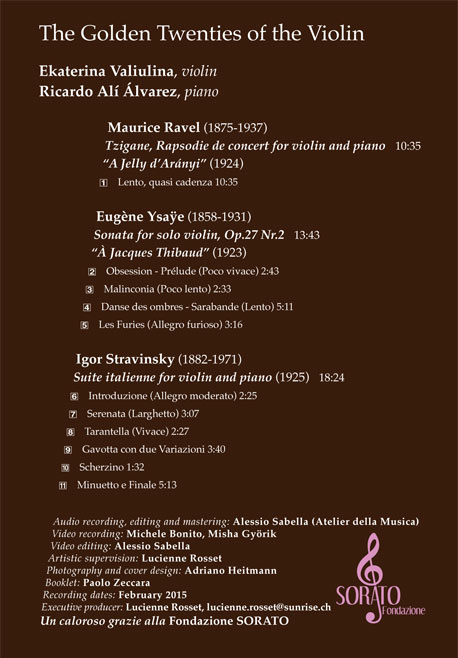 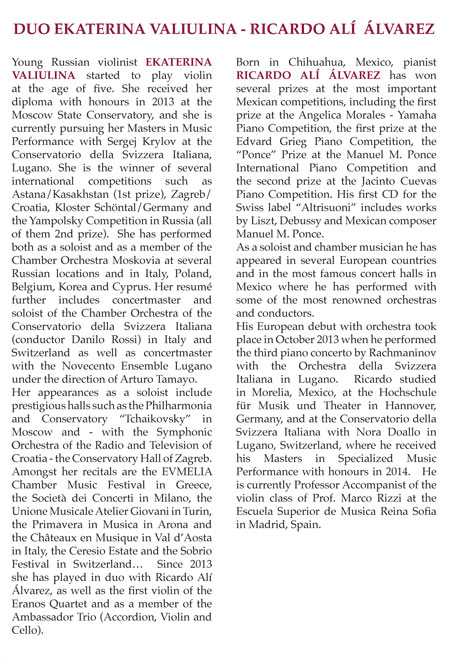 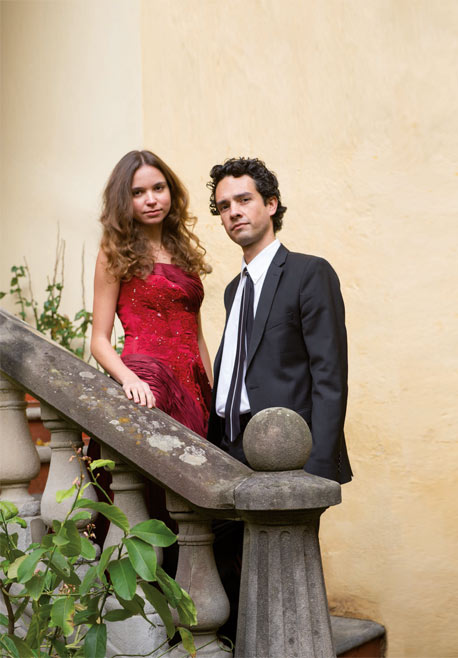 DVD The Golden Twenties of the Violin 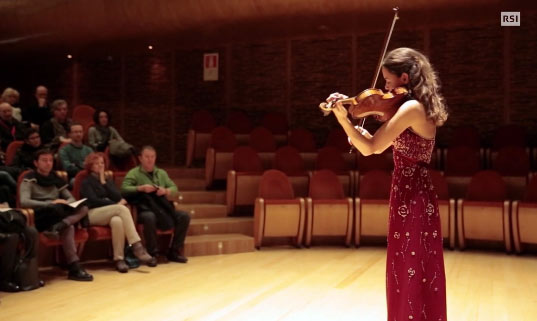 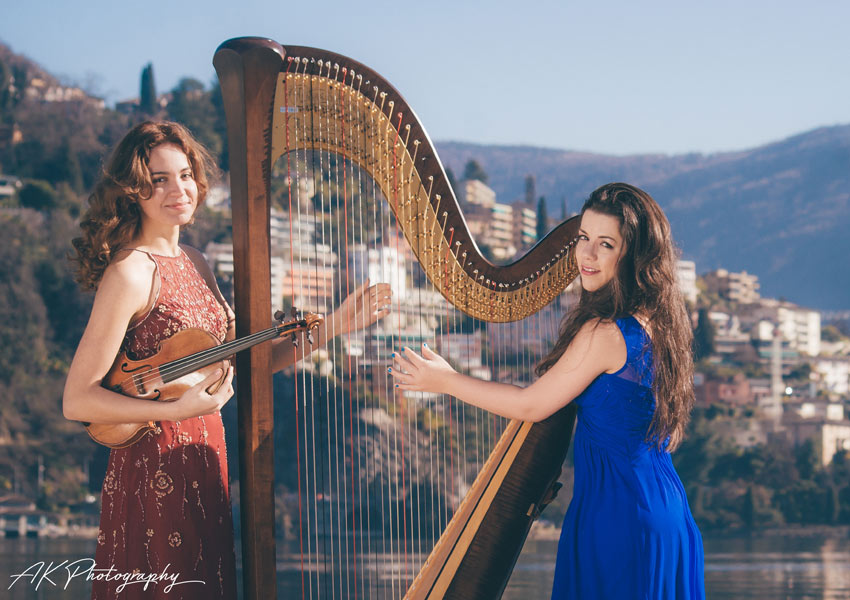 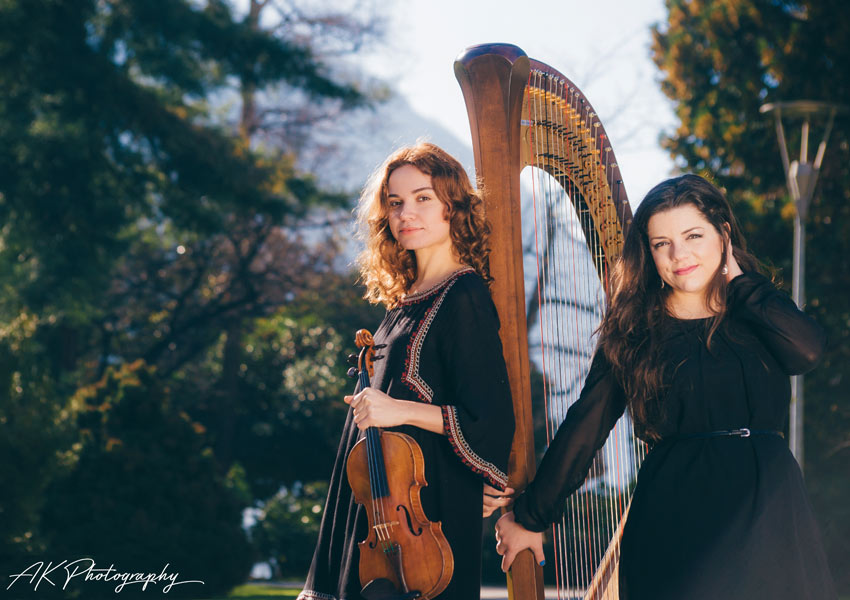 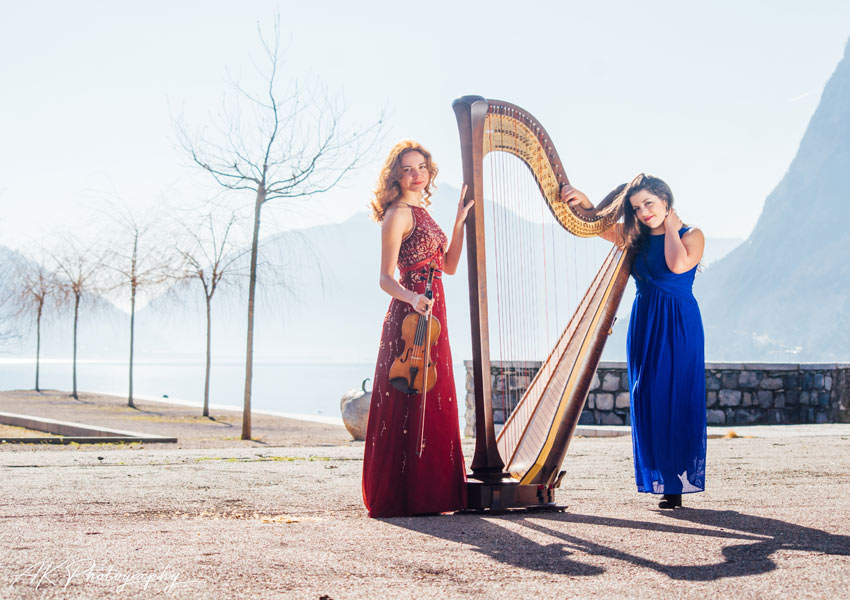 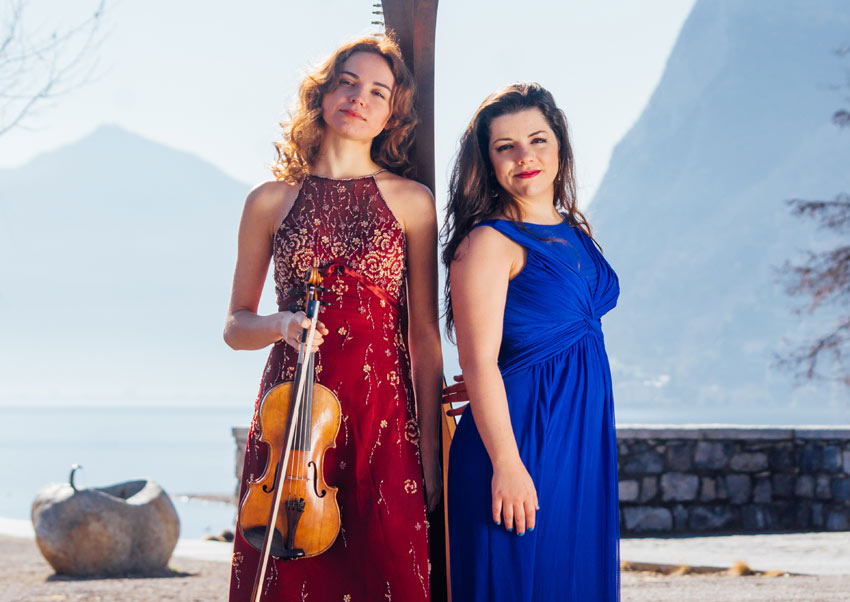 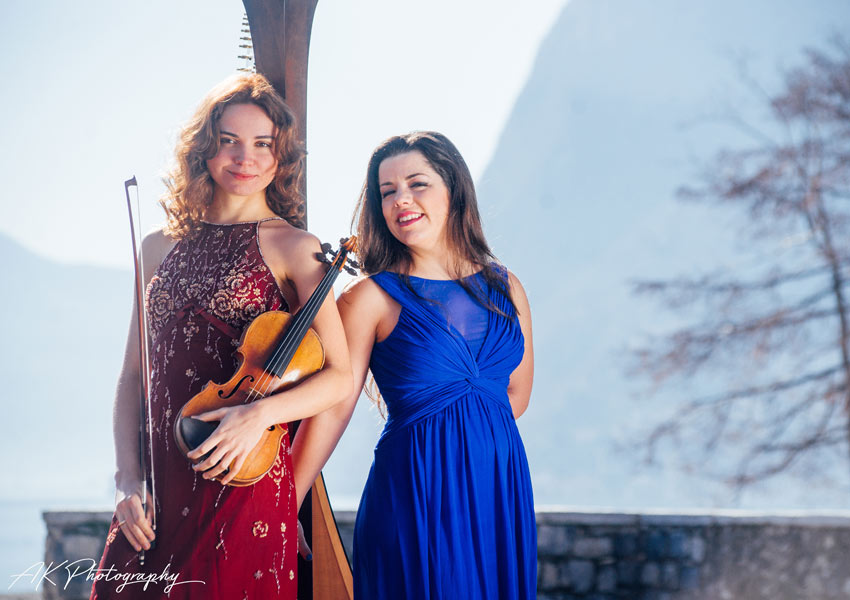 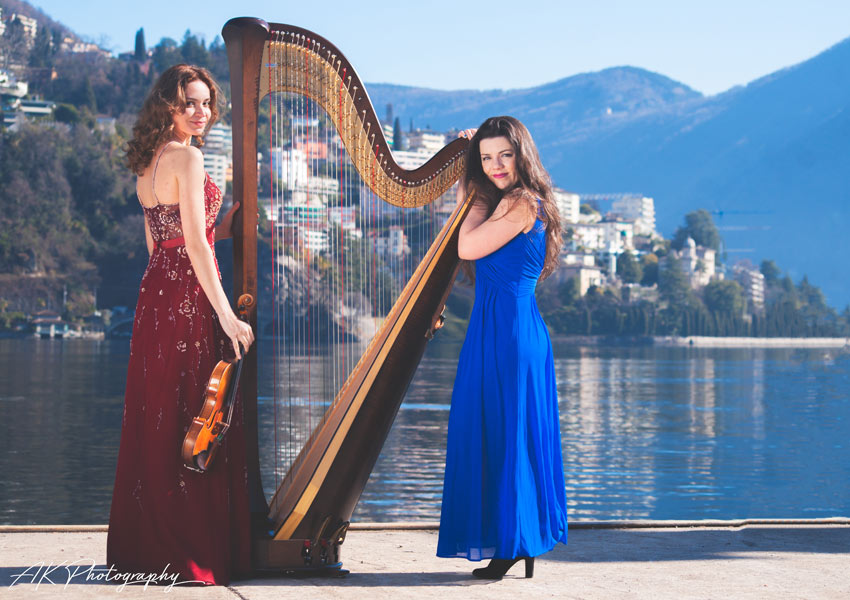 The duo Valiulina – Netzer was founded in 2015 based on the intent to explore rare repertoires and new sonorities, trough transcription, research and curiosity. Winners in 2016 of the first Prize at the International Harp Competition in Saluzzo (Italy) , in the chamber music section, Ekaterina and Elisa already performed in numerous concert seasons in Switzerland and Italy; they also debuted at the Lugano concert Hall "LAC" (Switzerland) in November 2016.

They both have perfected in important institutions such as the Royal Academy in London and the Conservatorio della Svizzera Italiana in Lugano, and have been rewarded in several international competitions such as London Camac Harp Competition, Guy MacGrath Harp Prize; Yampolsky, Lipatti, Lipizer Violin Competitions, Rotary Club Prize.

The young artists have an intense concert activity, together as well as singularly, and that brought them to perform as solists in renowned orchestras and festivals in Italy, Spain, England, Switzerland, Romania, Hungary, Poland, Grece, Korea and Brazil.